Most of the time, these 'accidental' purchases turn out to be wonderful and I rip the wrapping off, spend a bit of time stroking, sniffing and cooing at the yarn within, then give it pride of place in The Stash until I decide what to do with it.

However, from time to time, like most people, I've made a purchase which has turned out not to be quite what you expected, or not suitable for the purpose you had in mind for it, or on the odd occasion makes you rear back in horror screaming "ARRGHwhatisitwhatisitwhatisitkillitkillitKILLITWITHFIRE!" (Not had many of those, thank goodness.)
A little while ago, whilst designing 'Rosslyn' I realised I had virtually no 4 ply yarn in The Stash. Given that I was getting heavily into delicate lace and textural stitches on small needles, this was something of an issue. So I turned to eBay and found someone selling a whole load of 4 ply yarn in various lovely shades, wool rich and very cheap because they were cone-ends of varying weight, unbranded.
Reader, I bought them.
When they arrived it became clear that whilst they were undoubtedly quality yarn, they were of varying weights (many were single strands designed to be knitted together to give different weights) and were not the soft 'superwash' type yarn you need for things like mitts which will be next to the skin. So they weren't really suitable for what I wanted to do.
And I had, oh, about three tonnes of it.
I put it all on a shelf, muttering vaguely about Fair Isle (pahahahaha!) and possibly selling it on but for some reason I couldn't bring myself to part with it. Every now and again I'd think of something to do with it, take some of it down and stroke it but decide it wasn't quite right. So it just sat there making me feel guilty every time I saw it.
But lo! An inspiration came to me. I was doing some tidying up and I came across some acrylic coasters I'd bought ages ago with the intention of putting some little cross-stitch designs in them as gifts but never got round to it. It suddenly dawned on me that fine ply yarn, such as I had in regrettable abundance, when knitted in stocking stitch would not be much thicker than a cross-stitch design...I dug out my Knitter's Bible, having a vague memory of instructions for knitted square and circular medallions, selected the smallest dpns I can be bothered with (about 2.75mm - I need wine to cope with anything smaller) and went and chose some balls of the hitherto unusable fine ply in shades which complemented each other and got to work, resulting in these: 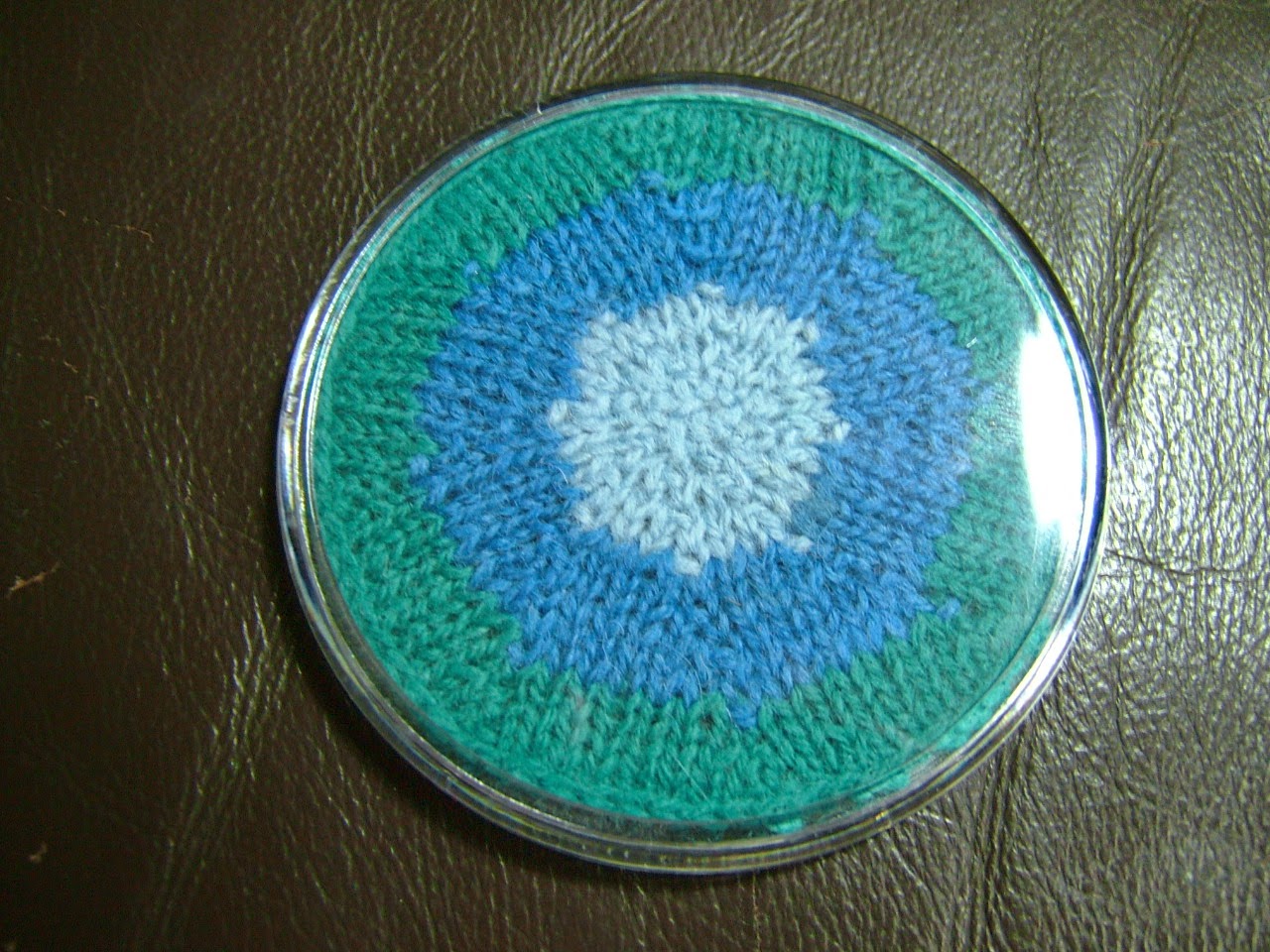 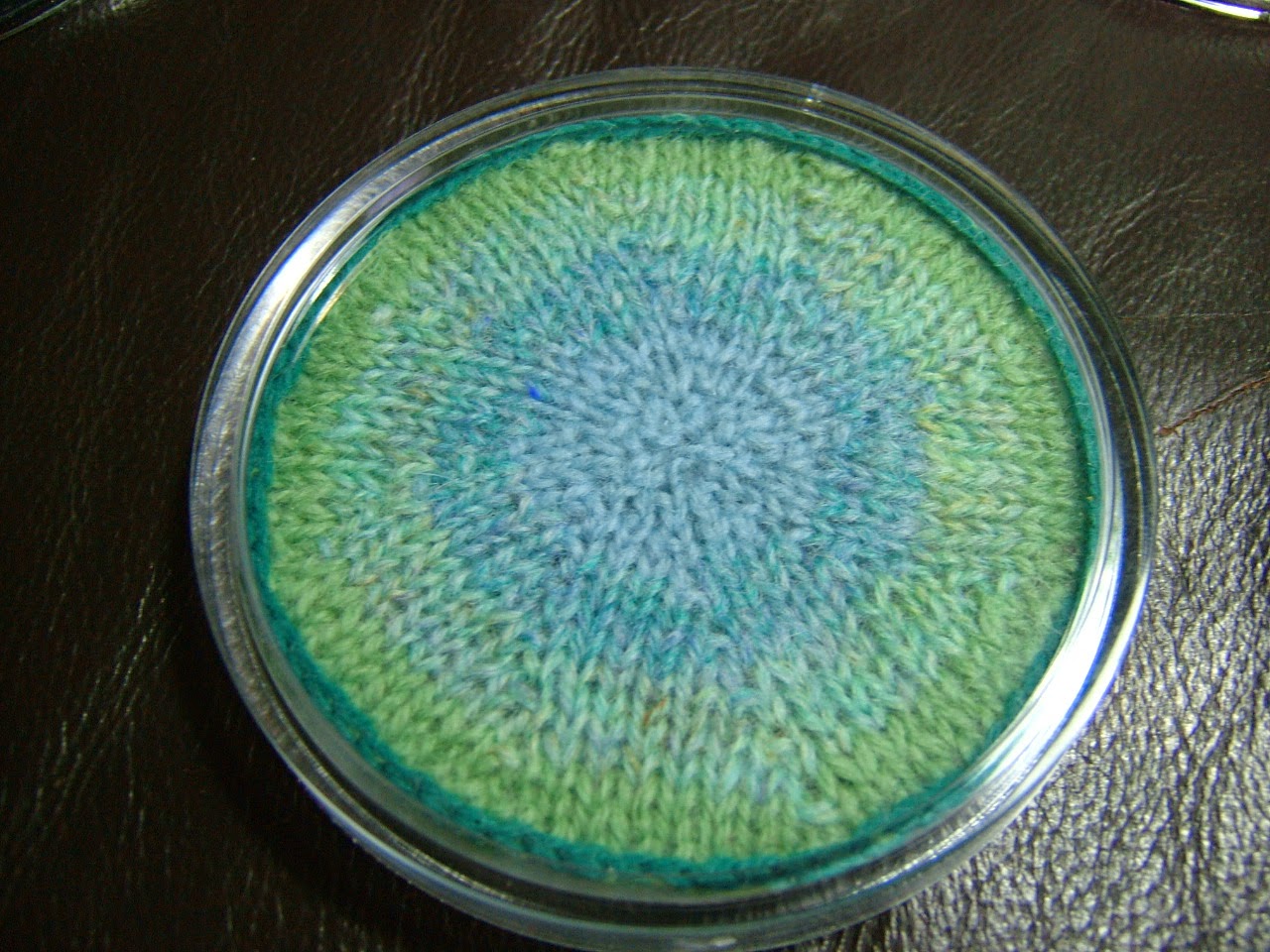 I was quite chuffed with them. They needed to be blocked but my awesome friend took the fear out of that by introducing me to spray-on starch and I discovered a new level of obsessiveness relating to the pinning out of objects.
I took them along to the two craft fairs I went to that weekend and although no one bought them they were universally admired, so I decided to make some more. There are many, many colour combinations to be discovered, in particular a whole load of lovely natural and autumnal shades into which I plan to knit some strands of metallic gold embroidery thread left over from finished cross-stitch kits.
I'm planning to sell them singly and in sets of four and six - they don't take long to do and I've found suppliers of the blanks on eBay (Where else? Srsly, is there anything you can't buy on eBay?). Hopefully they'll be available on the website as well as at craft fairs and they may be something that could be provided as a kit...the possibilities are almost endless! And whilst looking for suppliers of the acrylic blanks, I found some sets of four glass coasters in a little holder, which raises the possibility of a 'posh' version.
Until then, I have ideas for colour-themed sets - I'm working on a set I plan to call 'Mountain and Moorland' in some lovely natural, green, purple and pink shades which I'll make as a set of squares and a set of rounds.
Here's some pictures of the ones I've made so far, as ever any comments or suggestions are welcome - if you have any ideas for colour combinations you'd like to see, just let me know! 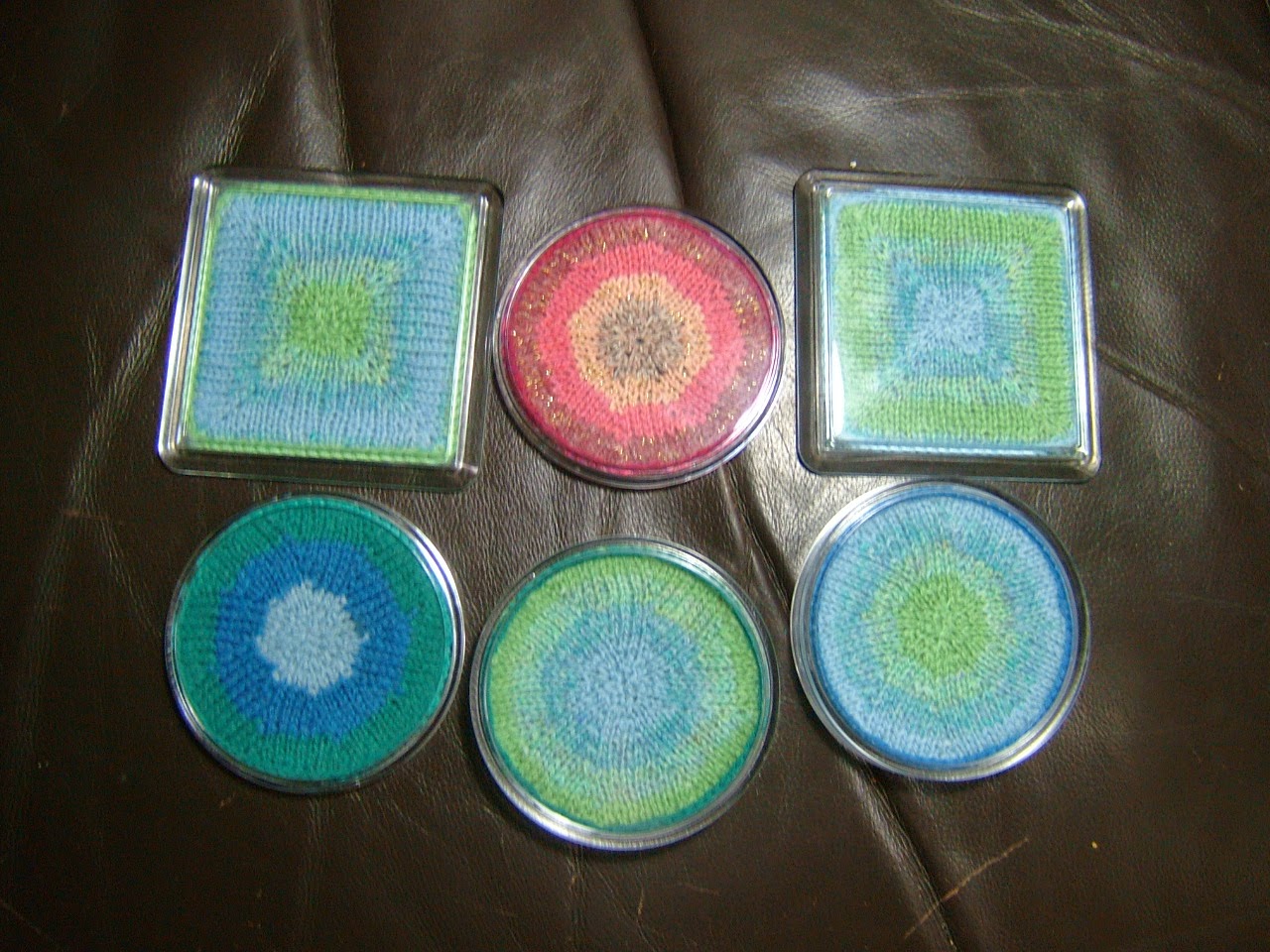 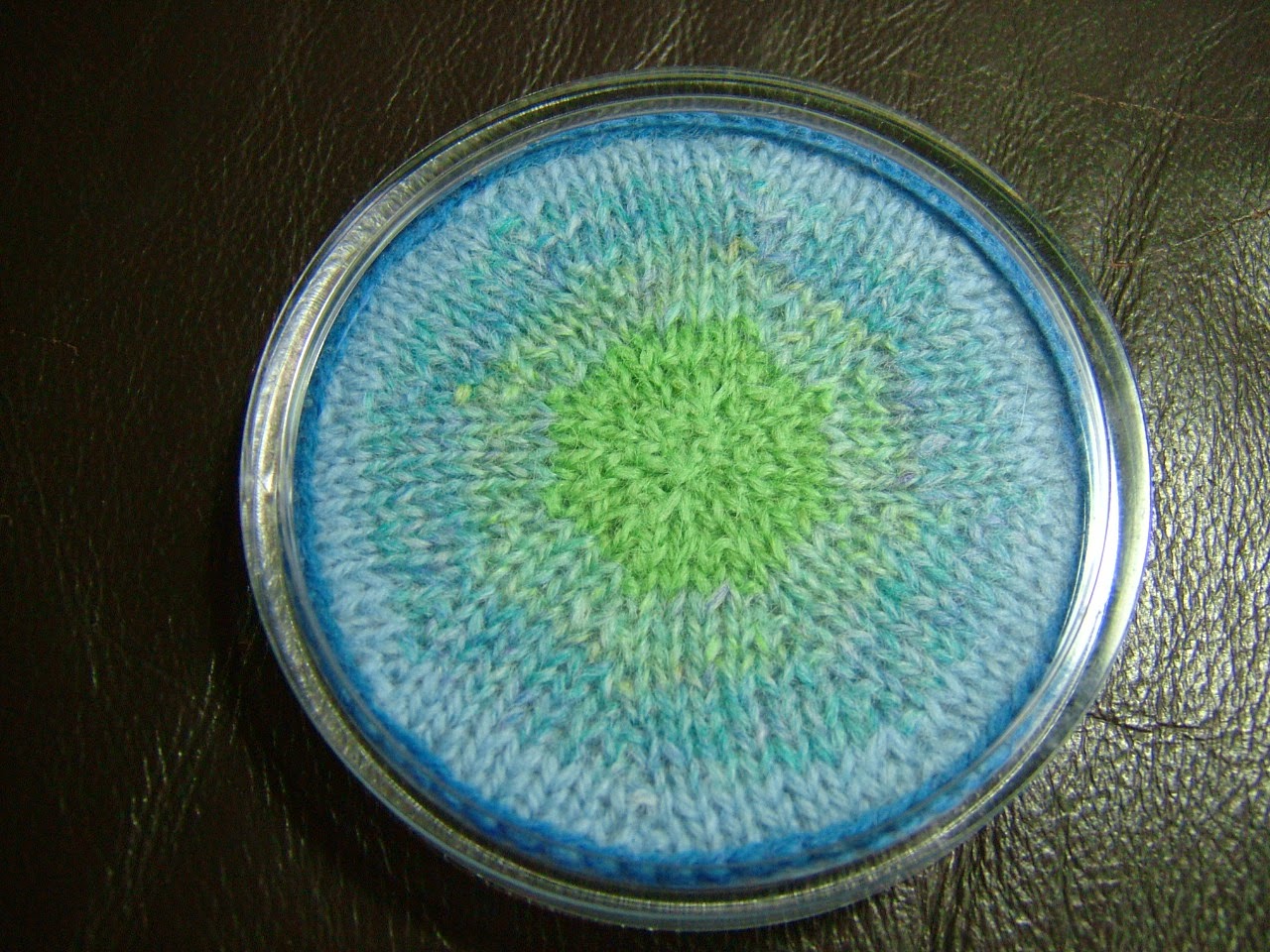 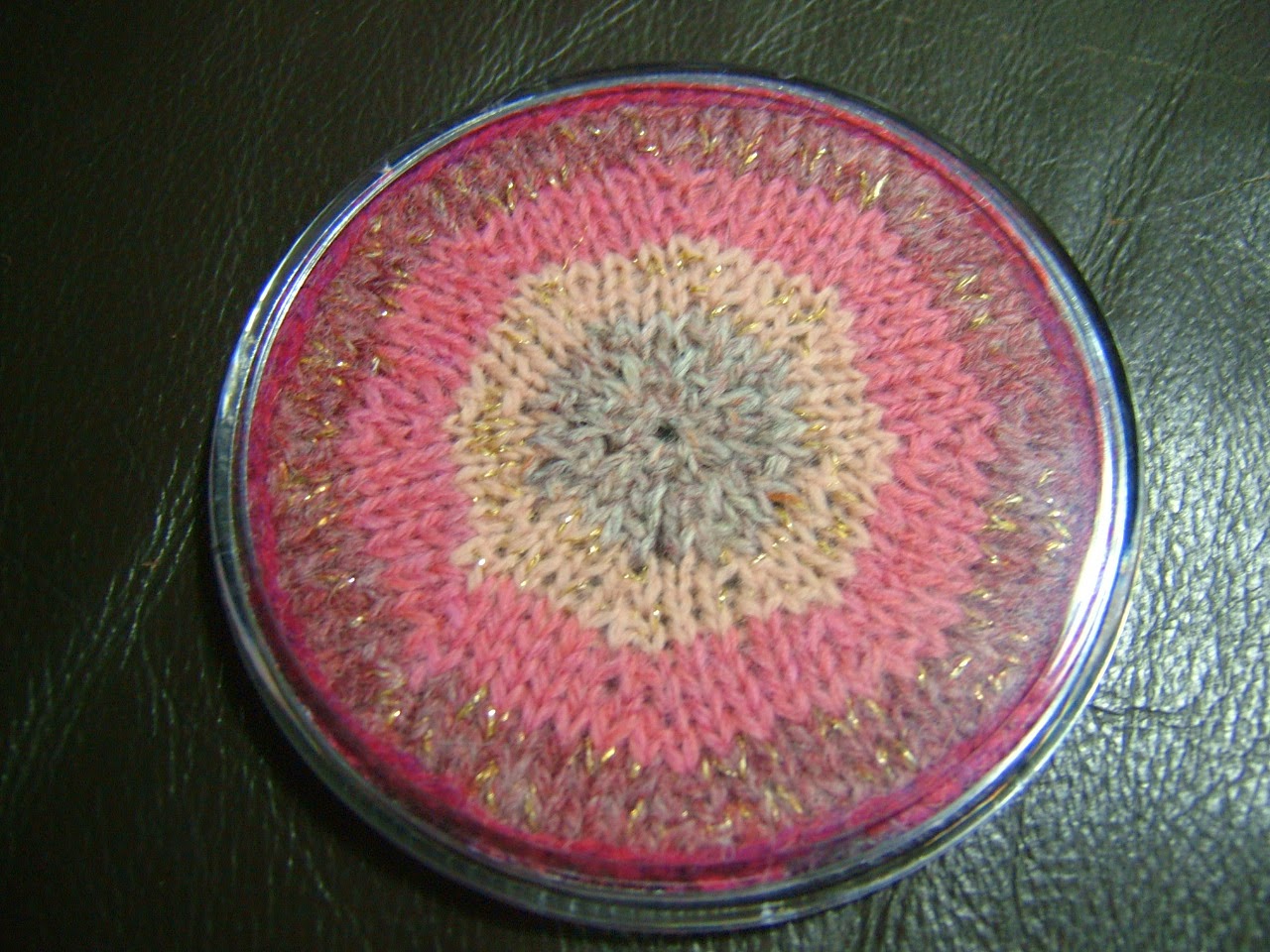 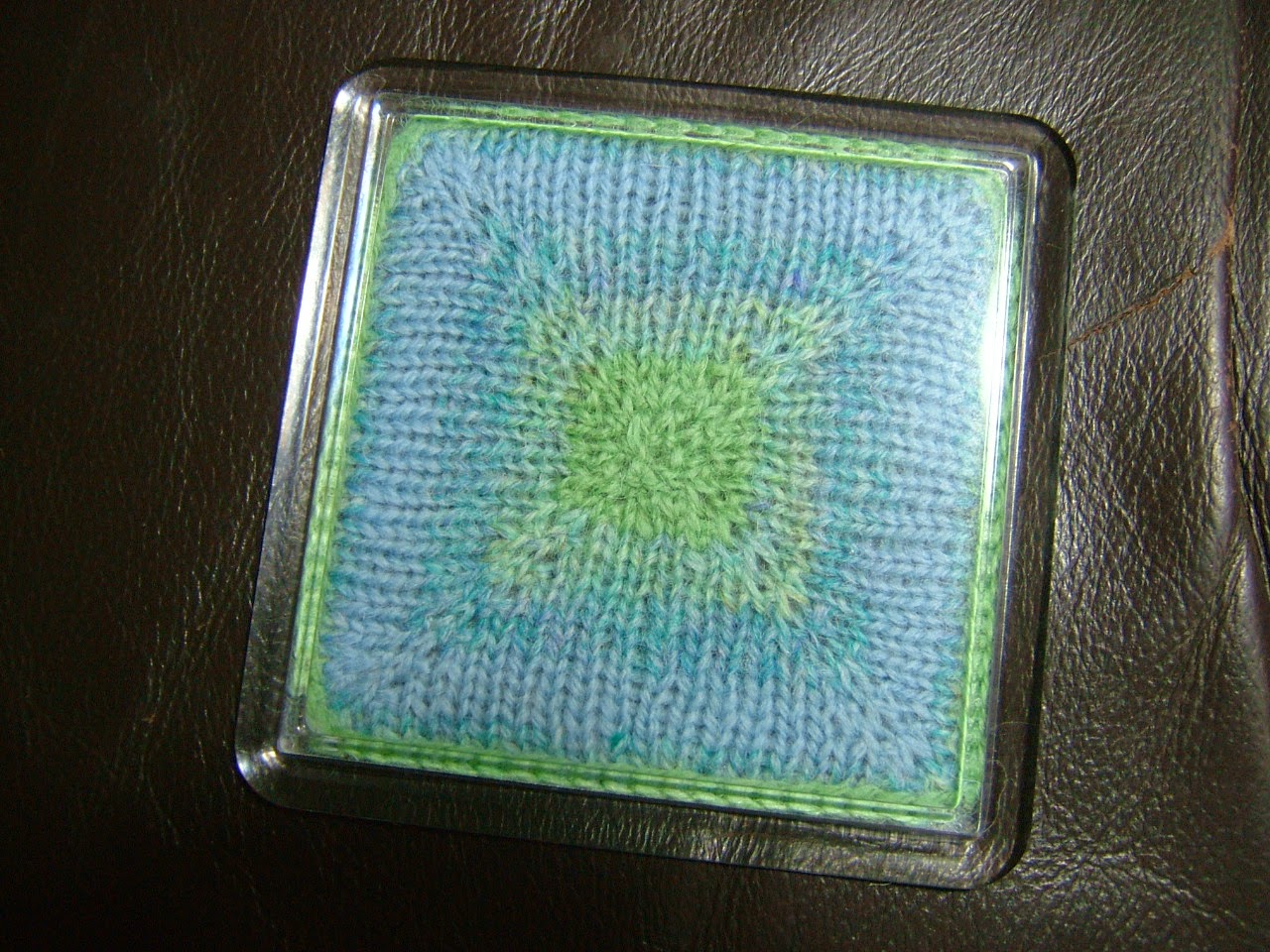 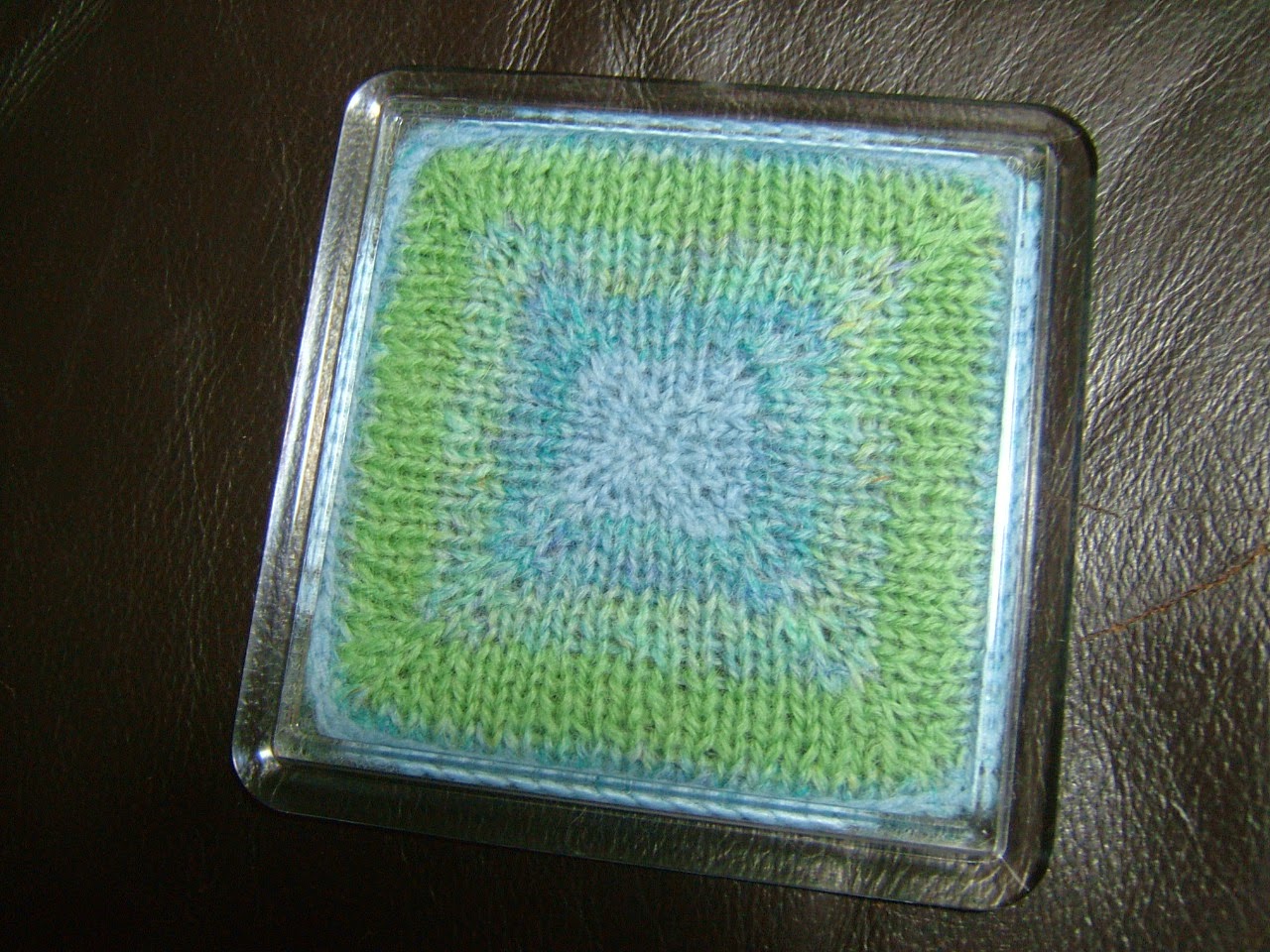 Posted by Ruth Hilton-Robinson at 18:30 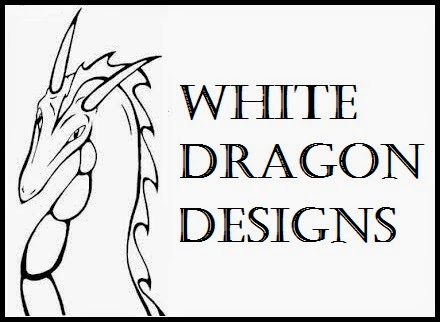 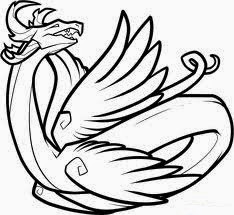